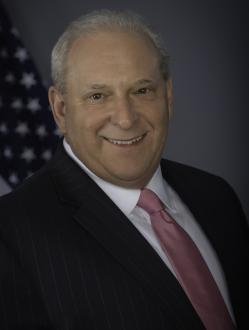 Mr. Hoecker serves as the Chairman of the Investigations Committee of the Council of the Inspectors General on Integrity and Efficiency. He is also a Certified Public Accountant and Certified Fraud Examiner.

Mr. Hoecker received a Bachelor of Arts degree in Business Administration from Governors State University and has a Master’s degree in Systems Management from the University of Southern California.