Memorial Day is a time for Americans to think about the ultimate sacrifices made by service members in the defense of the United States. This year also marks the 75th anniversary of D-Day. On Tuesday, May 21, the SEC Veterans Committee sponsored a panel of individuals who could speak first-hand about such sacrifice.

The program was kicked off with the singing of the National Anthem by Tobias Williams-Robinson, the son of Office of International Affairs staff member Darlene Williams.

Chairman Jay Clayton moderated a panel to discuss the actions of military members surrounding the D-Day invasion of June 6, 1944, and the weight of the losses for family members of the military, then and now.

"Memorial Day is to honor those who have made the ultimate sacrifice in service of our country, and equally as important, Memorial Day is a day we honor the family and friends of our fallen heroes."
– Chairman Clayton

Ms. Gunn described the loss of her son, Navy Seaman Cherone Gunn, in 2000, when he was one of 17 sailors killed in the attack on the U.S.S. Cole. Ms. Gunn is currently the 1st national vice president of American Gold Star Mothers, Inc., and will soon serve as the national president of the organization. Gold Star Mothers provides support for mothers of fallen service men and women.

Reflecting on Memorial Day weekend gathering, Ms. Eldridge said, "They will come together and remember their heroes, their friends' heroes, their extended families. This is a time of remembrance." 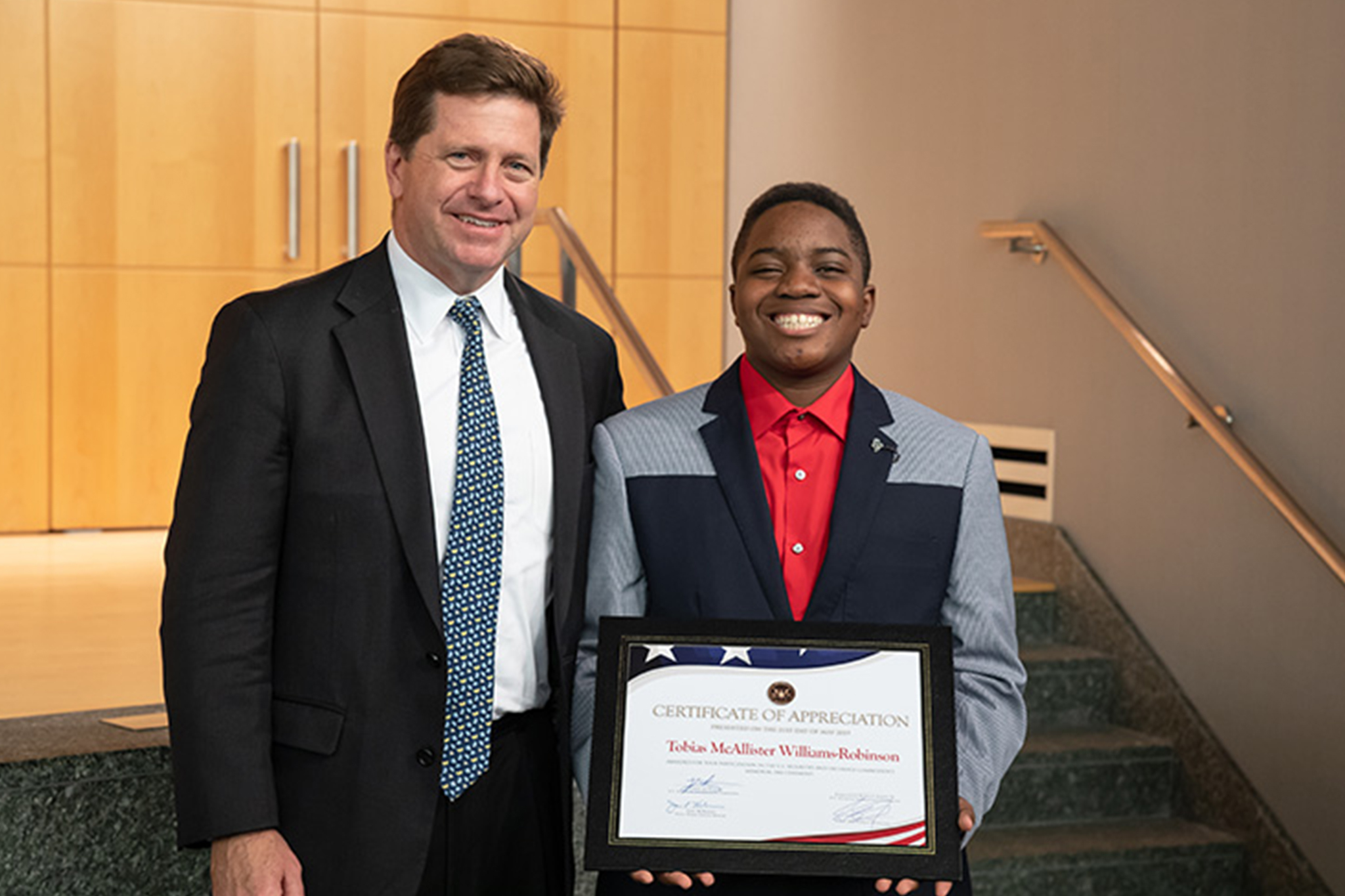 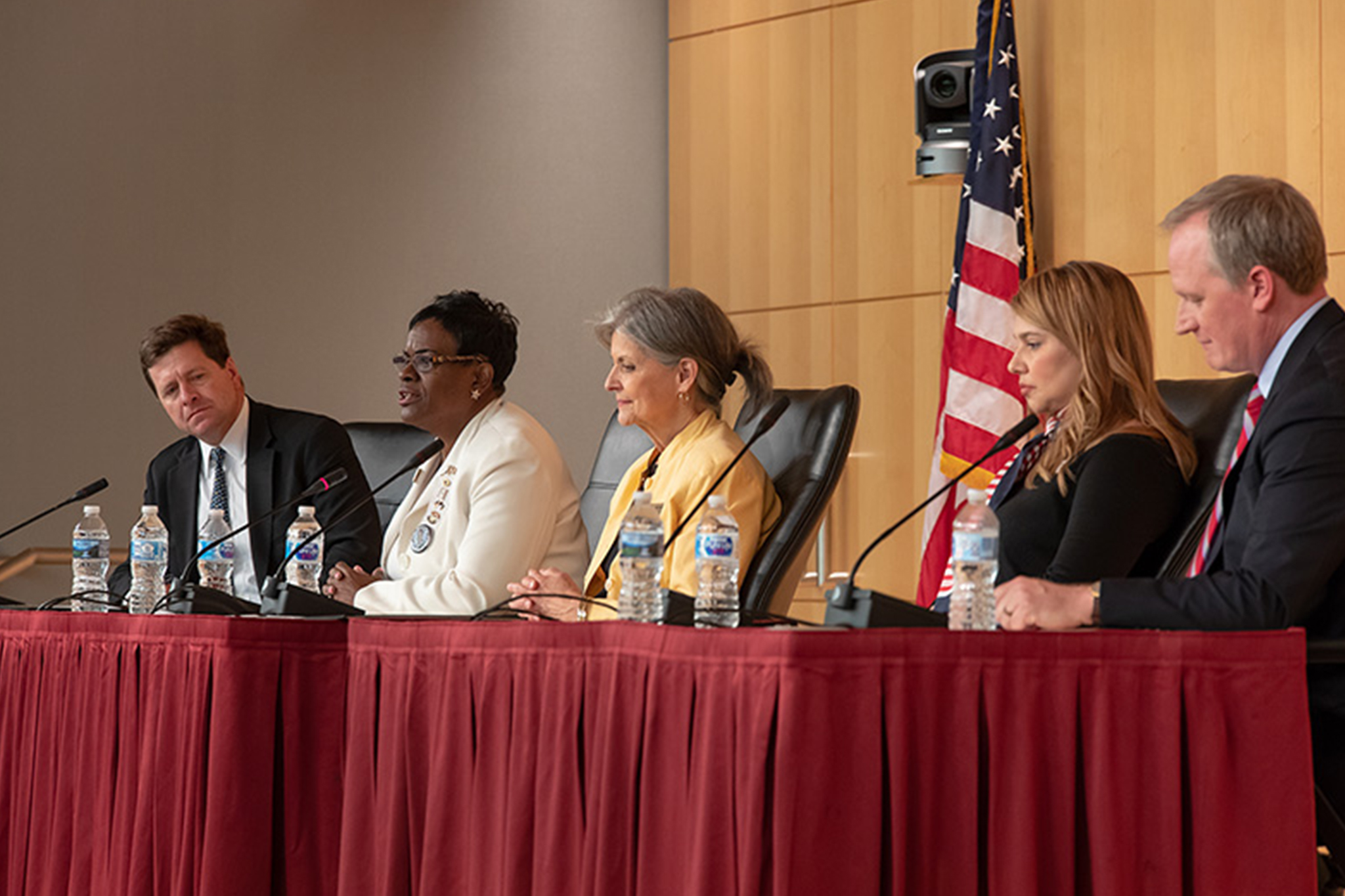 Ms. Munoz, who lost her husband, Army Captain Gil Munoz, discussed the assistance provided by the Tragedy Assistance Program for Survivors (TAPS) where she serves as the director of health and wellness initiatives.

Denver Brunsman, an associate professor of history at George Washington University and veteran of the U.S. Army Reserve, discussed the historical context of the D-Day invasion, providing impressive numbers for the Americans who served during WWII and a sobering look at the sacrifices made during history's deadliest war.

At the close of the panel, Veterans Committee sponsors Chairman Clayton and Commissioner Robert Jackson presented Geoff Abbott, a retired Coast Guardsman from the SEC Office of Human Resources, with the John P. Wheeler Veterans Charity Award for his support of Coast Guard Mutual Assistance (CGMA) during the federal government shutdown.

Generously offering their own time, Geoff and his wife Lisa and son Nick, stepped in and volunteered for five weeks collectively, working as part of a small volunteer team to assist the seven-member CGMA staff to increase public awareness and potential donations for military and civilian Coast Guard members working without pay. Thanks in part to the efforts of Geoff and his family, acting as part of a small dedicated team of CGMA staff and volunteers, in just over two weeks 6,800 Coast Guard members and families received over $8.3 million in no-interest loans to meet their financial obligations. 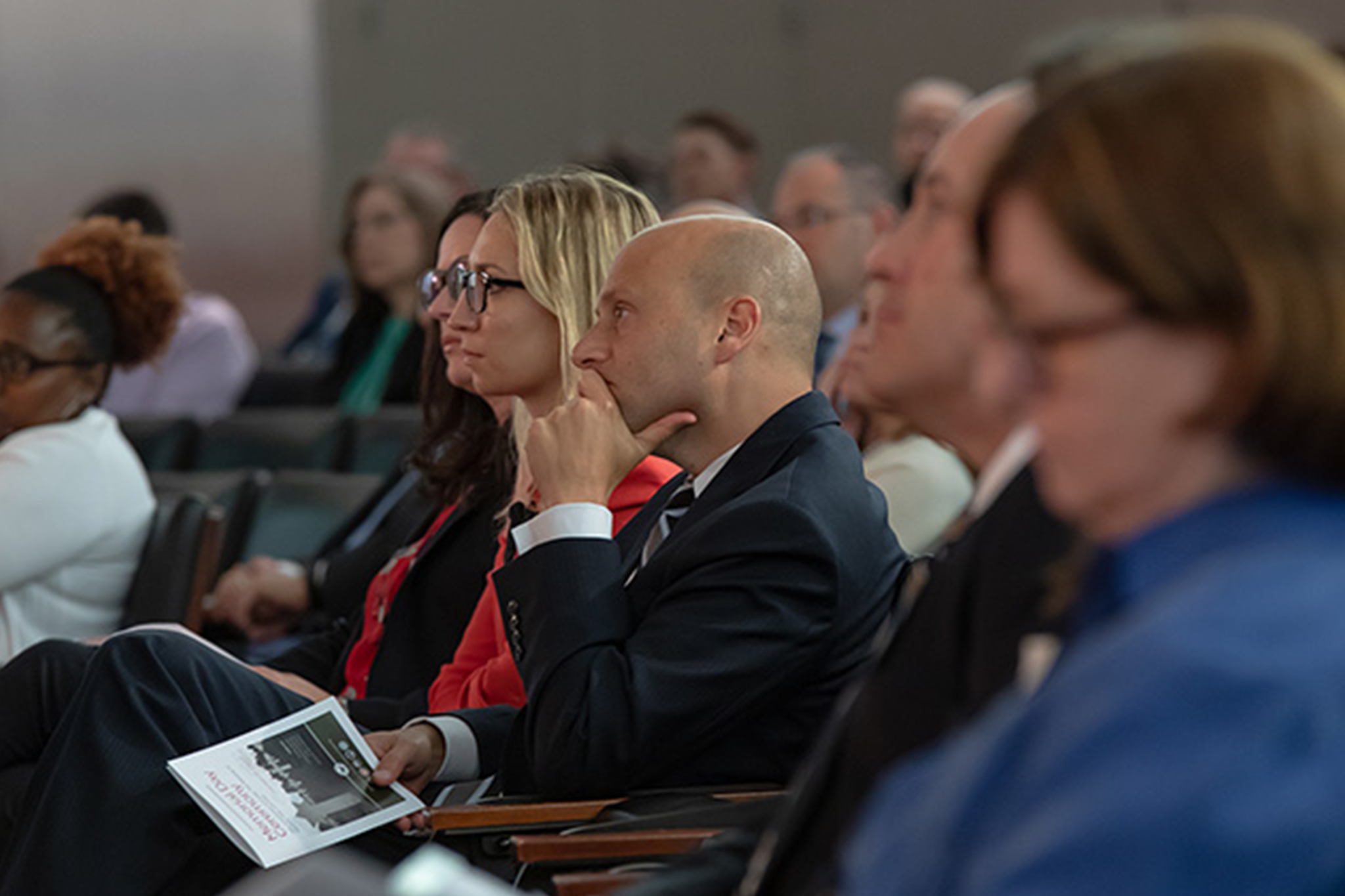 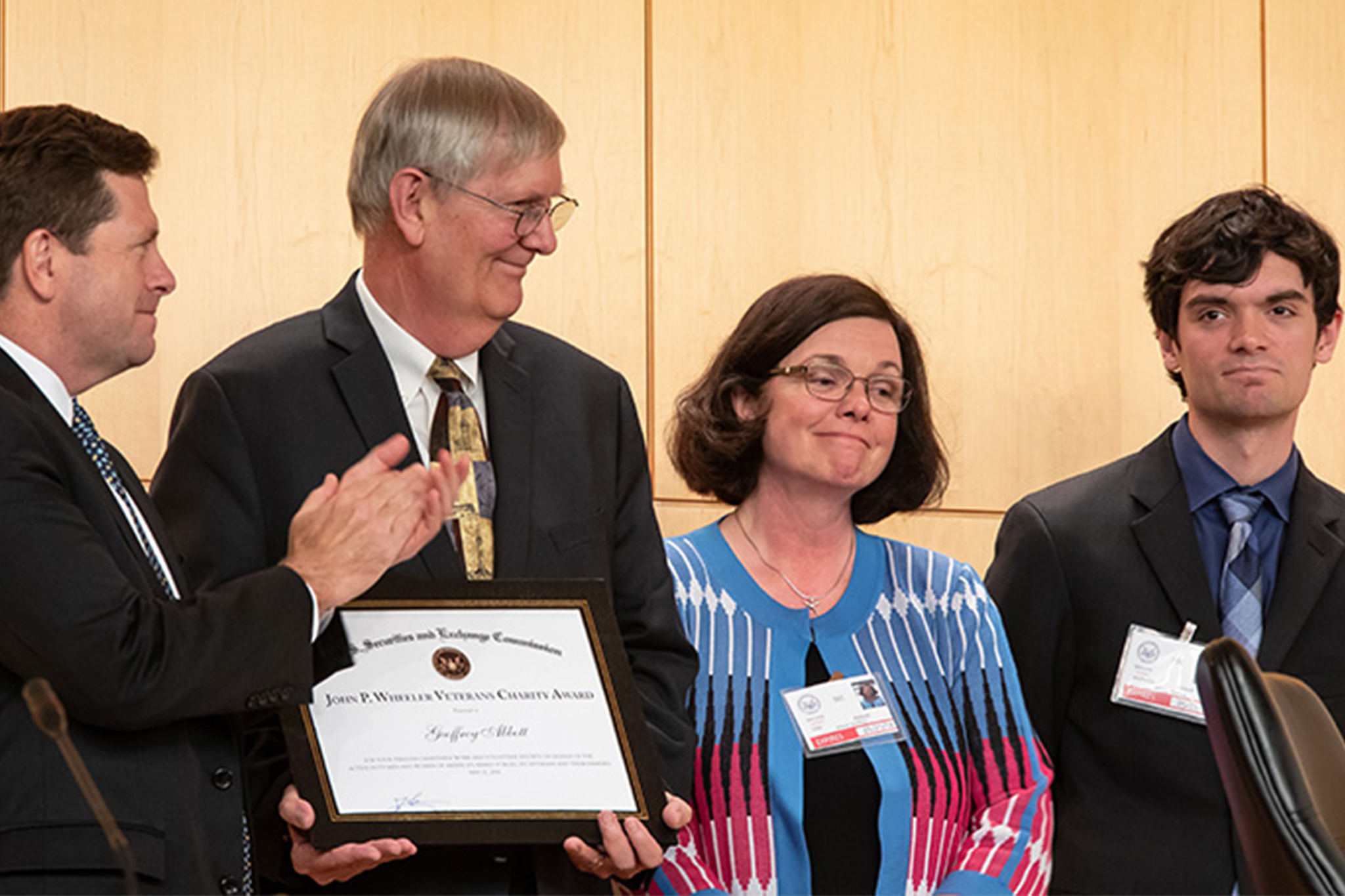