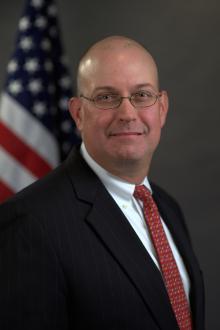 Marc Wyatt was named Director of the Securities and Exchange Commission’s Office of Compliance Inspections and Examinations (OCIE) and leader of its National Exam Program in November 2015, after serving as OCIE’s Acting Director and Deputy Director.

Mr. Wyatt joined the SEC in December 2012 as a senior specialized examiner. He was named Deputy Director in October 2014 and in that position he led OCIE’s Technology Controls Program and served as a member of the office’s Operating and Executive Committees. He also was the national co-coordinator of OCIE’s Private Fund Specialized Working Group and participated in the creation of its Private Fund Examination Unit.

Before coming to the SEC, Mr. Wyatt was a principal and senior portfolio manager of a global multi-strategy hedge fund. Prior to that, he was a senior investment banker in the U.S. and U.K. Mr. Wyatt is a Chartered Financial Analyst. He graduated from the University of Delaware and holds an M.B.A. from Duke University’s Fuqua School of Business.