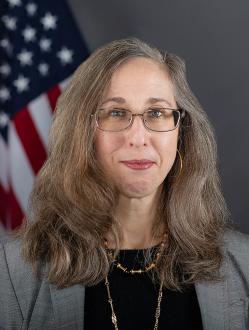 Prior to joining the SEC in 2010, she ran the ethics program and was the Alternate Designated Agency Ethics Official (ADAEO) at the Treasury Department where she received the Secretary’s Certificate of Appreciation from Secretary Henry Paulson. Prior to the Treasury Department, Minton was the Assistant General Counsel for Ethics and ADAEO at the Federal Trade Commission. Minton was an attorney in private practice focusing on corporate law before serving in government.

Minton graduated with honors from Harvard Law School in 1996, and received her B.A. in Philosophy from Binghamton University in 1990.