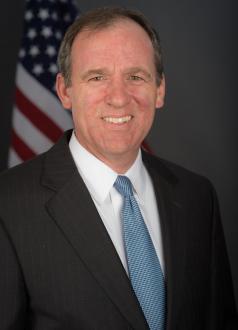 
Kenneth A. Johnson was named the Securities and Exchange Commission’s Chief Operating Officer in December 2017.

Mr. Johnson previously served as the SEC’s Acting Chief Operating Officer since February 2017, and before that, Chief Financial Officer since 2010. He first joined the SEC in 2003, serving in the Office of the Executive Director as a Management Analyst and Chief Management Analyst. Prior to joining the SEC staff, Mr. Johnson worked as a Commerce Analyst at the Congressional Budget Office, analyzing and reporting on the budgetary effects of Committee-approved legislation.

Mr. Johnson earned his Masters in Public Policy from the Kennedy School of Government at Harvard University, and earned his BA at Stanford University.