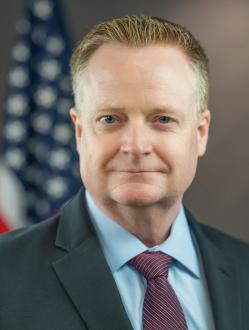 
Rick Fleming was appointed in February, 2014, to be the first director of the Office of the Investor Advocate at the U.S. Securities and Exchange Commission. As the Investor Advocate, Mr. Fleming has built an office charged with the responsibility for assisting retail investors in their interactions with the Commission and self-regulatory organizations (SROs), analyzing the impact on investors of proposed rules and regulations, identifying problems that investors have with financial service providers and investment products, and proposing legislative or regulatory changes to promote the interests of investors. In addition, he has introduced a new program which utilizes surveys and other research methods to help the Commission understand the needs of investors.

Prior to joining the Commission, Mr. Fleming spent fifteen years as a state securities regulator, including more than a decade as General Counsel for the Office of the Kansas Securities Commissioner. He represented the state in a broad range of disciplinary proceedings against broker-dealers and investment advisers, prosecuted criminal cases involving securities fraud, and drafted legislation and regulations to protect investors. He moved to Washington, D.C. in 2011 to become the Deputy General Counsel for the North American Securities Administrators Association (NASAA), where he advocated for investors and represented the organization of state securities regulators before Congress and federal agencies, including the SEC.

END_OF_DOCUMENT_TOKEN_TO_BE_REPLACED
Investor Protection in the Age of Gamification: Game Over for Regulation Best Interest?
Oct. 13, 2021
Dual-Class Shares: A Recipe for Disaster
Oct. 15, 2019
Statement Regarding the SEC’s Rulemaking Package for Investment Advisers and Broker-Dealers
June 5, 2019
Important Issues for Investors in 2019
April 8, 2019
Mandatory Arbitration: An Illusory Remedy for Public Company Shareholders
Feb. 24, 2018
Enhancing the Demand for IPOs
May 9, 2017
END_OF_DOCUMENT_TOKEN_TO_BE_REPLACED
Return to Top