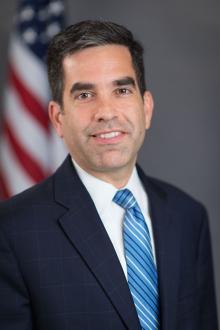 Andrew Ceresney became Director of the Securities and Exchange Commission’s Division of Enforcement in January 2014, after serving as co-Director since April 2013.

Before joining the SEC in 2013, Mr. Ceresney was a partner at the law firm of Debevoise & Plimpton LLP. Before that, he was a Deputy Chief Appellate Attorney in the U.S. Attorney's Office for the Southern District of New York and a member of its Securities and Commodities Fraud Task Force and Major Crimes Unit. As a prosecutor, Mr. Ceresney handled investigations, trials, and appeals involving, among other things, securities fraud, mail and wire fraud, and money laundering.