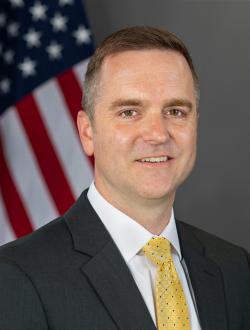 Jed Hickman became the Director of the Securities and Exchange Commission’s EDGAR Business Office in December 2020. He previously served as Deputy Director beginning in September 2018, and was named the Acting Director in April 2019.

Mr. Hickman joined the SEC in January 2014 as Branch Chief for the Office of Information Technology’s Application Management branch, with responsibility for EDGAR system operations.

Prior to joining the SEC, Mr. Hickman spent 16 years working throughout software development, IT infrastructure engineering, IT operations, and IT project and program management, across Public and Private Industries.

Mr. Hickman received his bachelor’s degree from the University of Missouri.