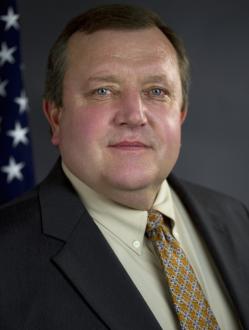 Jeff Heslop was named Chief Operating Officer for the Securities and Exchange Commission in May 2010.

He joined the SEC from Capital One Financial Corp., where he worked for 12 years, including his last five years as Managing Vice President for Information Risk Management. Before that, he was Capital One’s Chief of Staff for the Chief Information Officer and previously was the Director of the company's Information Technology University.

Mr. Heslop served in the U.S. Army from 1976 to 1998, rising to the rank of Lieutenant Colonel. From 1992 to 1994, he was an Assistant Director of the Army Pentagon Staff and later was Battalion Commander and Professor of Military Science at the University of Richmond ROTC Program. He received his bachelor’s degree from Davidson College and his MBA from the College of William & Mary.