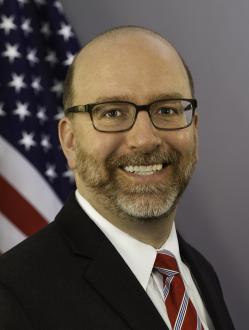 Peter Henry was named Director of the Securities and Exchange Commission’s Office of Equal Employment Opportunity (OEEO) in April 2018. He previously served as Acting Director of OEEO since 2016.

Mr. Henry has practiced federal employment and labor law for nearly two decades. He started his legal career at the Postal Service and then transferred to Immigration and Customs Enforcement, a component of the Department of Homeland Security. He joined the Commission in 2014 as the OEEO Deputy Director.