“The cost of freedom”

"We shall never forget them"

The Securities and Exchange Commission honored veterans of U.S. military service at a Memorial Day ceremony that included music by the U.S. Army’s Old Guard Fife and Drum Corps, a presentation of the colors by the Joint Armed Forces Color Guard, and remarks by retired U.S. Army Colonel Gregory Gadson.

A 1989 graduate of West Point, Gadson served in the U.S. Army for more than 25 years and received numerous awards, including three Bronze Stars, two Distinguished Service Medals, the Legion of Merit, and the Purple Heart. Gadson’s military career continued after he was severely injured in Iraq in 2007 by an improvised explosive device. Gadson lost both his legs as a result of the blast and told the audience that his faith, family, and friends were key to his recovery.

Gadson’s life-altering injuries were sustained as he was returning from a memorial service for fallen soldiers from his brigade. He said he’s often asked about his heroes and has a ready answer: “My heroes are the ones that no longer walk among us.”

Gadson urged the audience to keep military servicemen and servicewomen in their thoughts this Memorial Day and to reflect on the fallen, saying it’s important to “never forget them or fail to honor them.” 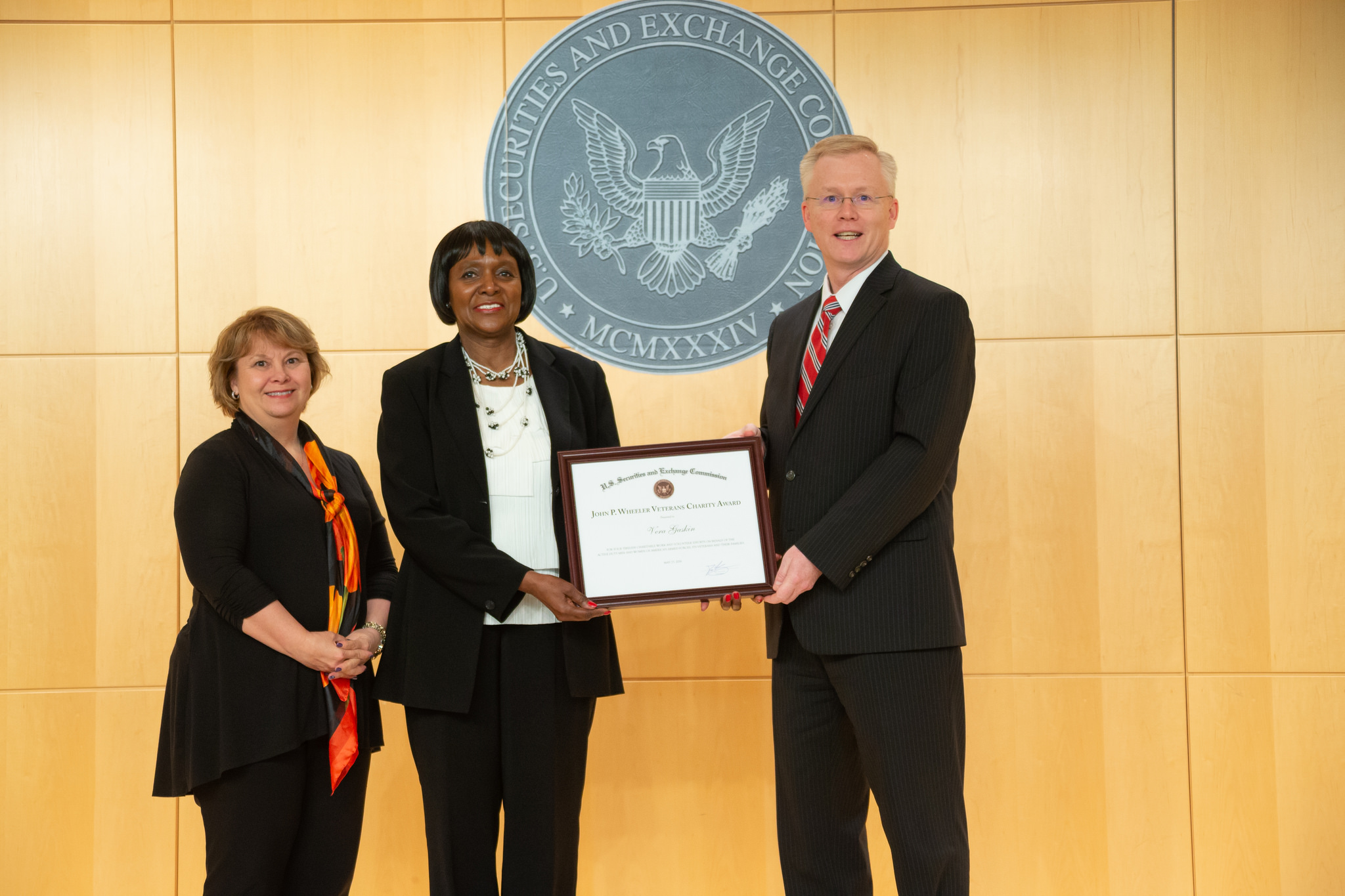 Gaskin was recognized for her work with the national Toys for Tots campaign and the New York Regional Office’s Holiday Cheer for Veterans program. The award is named for the former SEC official who chaired the Vietnams Veterans Memorial Fund which built the Vietnam Veterans Memorial.

The SEC honors the dedication and sacrifice of those who have served our great country. 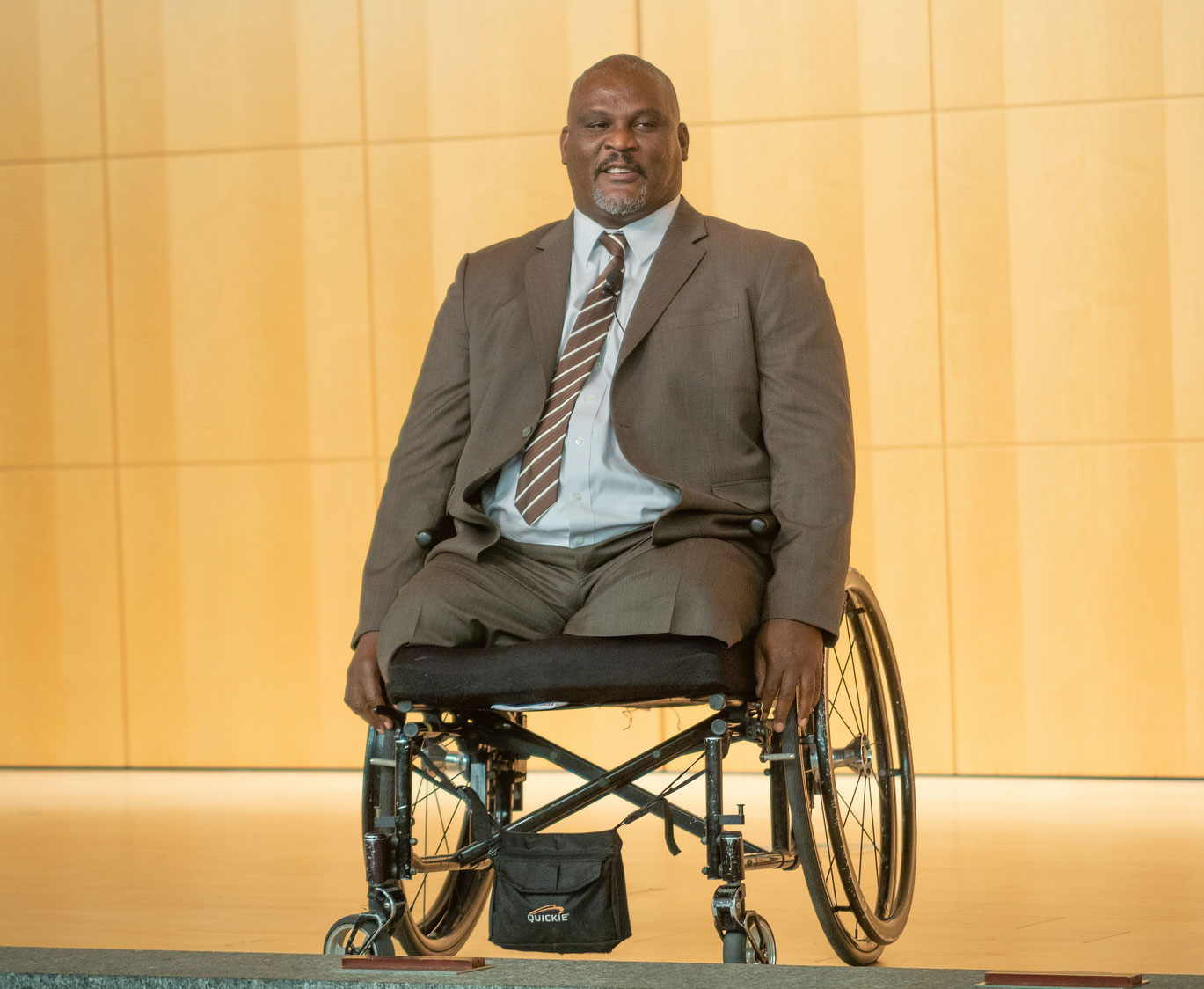 “We must remember those who put service before self and paid the ultimate price.”
– GREGORY GADSON, COL, U.S. Army (Ret.)