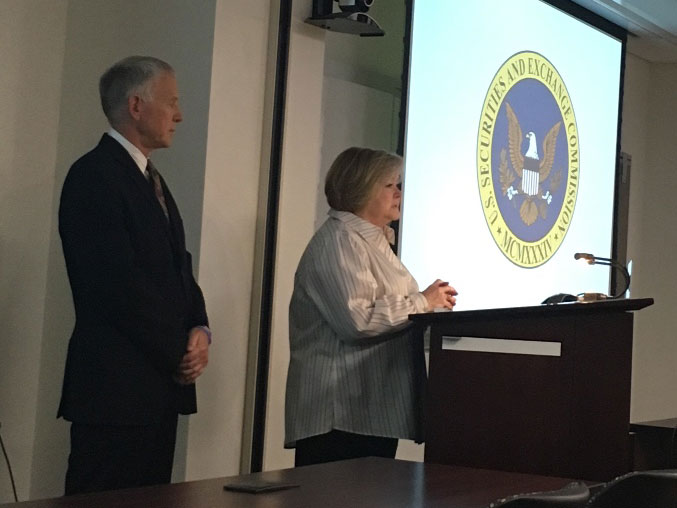 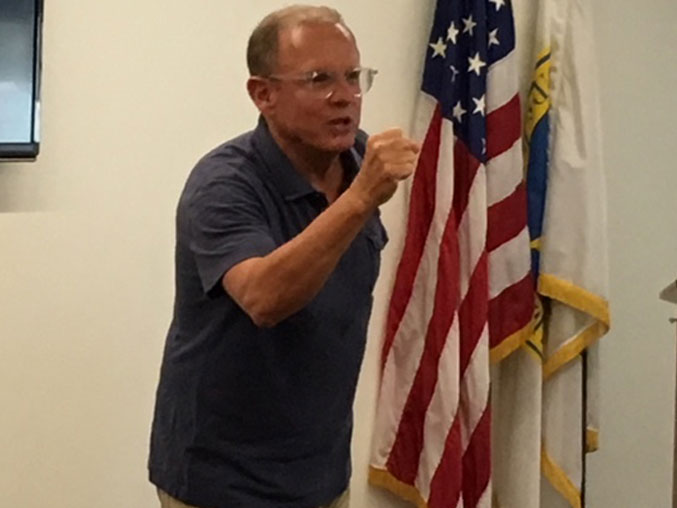 The Securities and Exchange Commission this week concluded its month of special events and guest speakers – at its Washington, D.C. headquarters, as well as in regional offices around the country –in honor of Lesbian, Gay, Bisexual and Transgender (LGBT) Pride Month.

With the help and leadership of the Office of Minority and Women Inclusion (OMWI) and the SEC’s LGBT Employee Affinity Group, the SEC renewed and reflected upon its commitment to diversity and inclusion, while also holding a number of events celebrating the contributions of LGBT Americans to the United States. Highlights included a discussion at the SEC’s Denver Regional Office about hate crimes prevention with Judy and Dennis Shepard, parents of Matthew Shepard, who died from injuries sustained during an anti-gay hate crime in 1998. Additionally, the LGBT Committee and Commissioner Kara Stein also hosted a “Night OUT” event in early June through which interested staff attended a Nationals baseball game as a group in Washington, D.C.

“It is a priority for me to ensure that every man and woman who serves our nation’s investors feels appreciated for their hard work, and that every investor has equal opportunity to participate in our securities markets. During LGBT Pride Month, we celebrate our friends and family who have contributed to our nation over the years, including those who unfortunately were not always afforded those protections and recognitions, the SEC remains committed to recruiting and retaining a workforce that reflects the diversity of our country, including members of the LGBT community, while also protecting all investors, regardless of their family composition."
– Chairman Jay Clayton

Commissioner Kara M. Stein, who serves as Chair of the SEC’s Diversity Council, remarked, “ Celebrating LGBT Pride Month allows us to reflect not only on how far we have come, but also on what more we can do. It allows us to renew our commitment to having a diverse and inclusive workplace.”

The SEC’s LGBT Pride Month events spanned the country, including an event on June 20 in the Los Angeles Regional Office featuring Michael Eselun, co-founder of GLIDE – Gays and Lesbians Initiating Dialogue for Equality. Eselun, a chaplain for the Simms/Mann-UCLA Center for Integrative Oncology, spoke to Commission staff about combatting homophobia and anti-LGBT bias. In Philadelphia, Commission staff heard from Evan Thornburg, the first-ever deputy director of the Philadelphia Office of LGBT Affairs.

At the close of the month’s programming, OMWI Director Pamela Gibbs remarked, “As evidenced by our agency’s various LGBT Pride month events and speakers, June is a wonderful reminder that the SEC is a diverse and welcoming employer that seeks to hire and support the best and brightest workers from all backgrounds.”