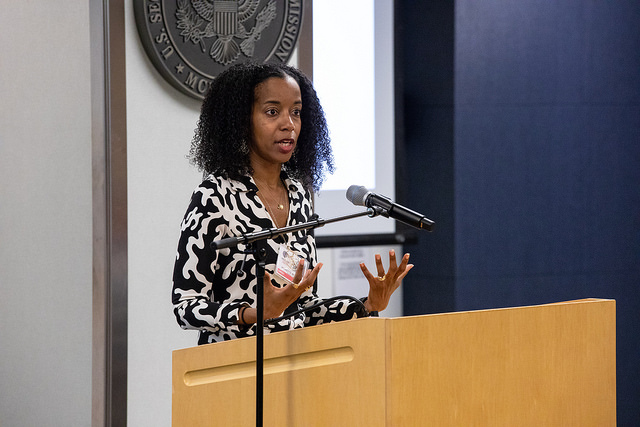 McIntosh Ambrose is a biomedical engineer-turned-entrepreneur and two-time Food Network champion. Her vast resume varies from owning the patent of the first Food and Drug Administration-approved carotid artery stent to opening the Sweet Lobby, a patisserie that has grown to become the largest French macaron producer in the Mid-Atlantic.

When asked of her jump from science to the culinary arena, McIntosh Ambrose offered some insight:

“Having a degree that potentially has nothing on the surface to do with what you’re ultimately doing is the biggest competitive advantage you can have. You’re thinking of things from a different perspective, you are coming up with solutions that no one else who has had a traditional background can come up with.”
– Winnette McIntosh Ambrose

McIntosh Ambrose also shared her experiences growing up in Trinidad and Tobago, crediting her parents as the source of her confidence behind her many endeavors.
“The biggest earthly gift that my parents gave to us was the sense of possibility,” she said.