July, a partner at Miles Stockbridge P.C. specializing in U.S. securities law, joked that he always thought he’d join the SEC one day. He then spoke of his childhood in Jamaica, where he grew up in a strong community whose residents worked together to improve their town. He took this spirit of community with him when his family moved to the U.S. when he was 11 years old. July described the sense of expectation and discipline that drove his academic achievements and attributed his later success to this hard work, as well as the inspirational examples that he was surrounded by at his boarding school and college. He also acknowledged the role that his mother played in inspiring him by teaching him the value of sacrifice and embodying the spirit of the Caribbean experience in the U.S. 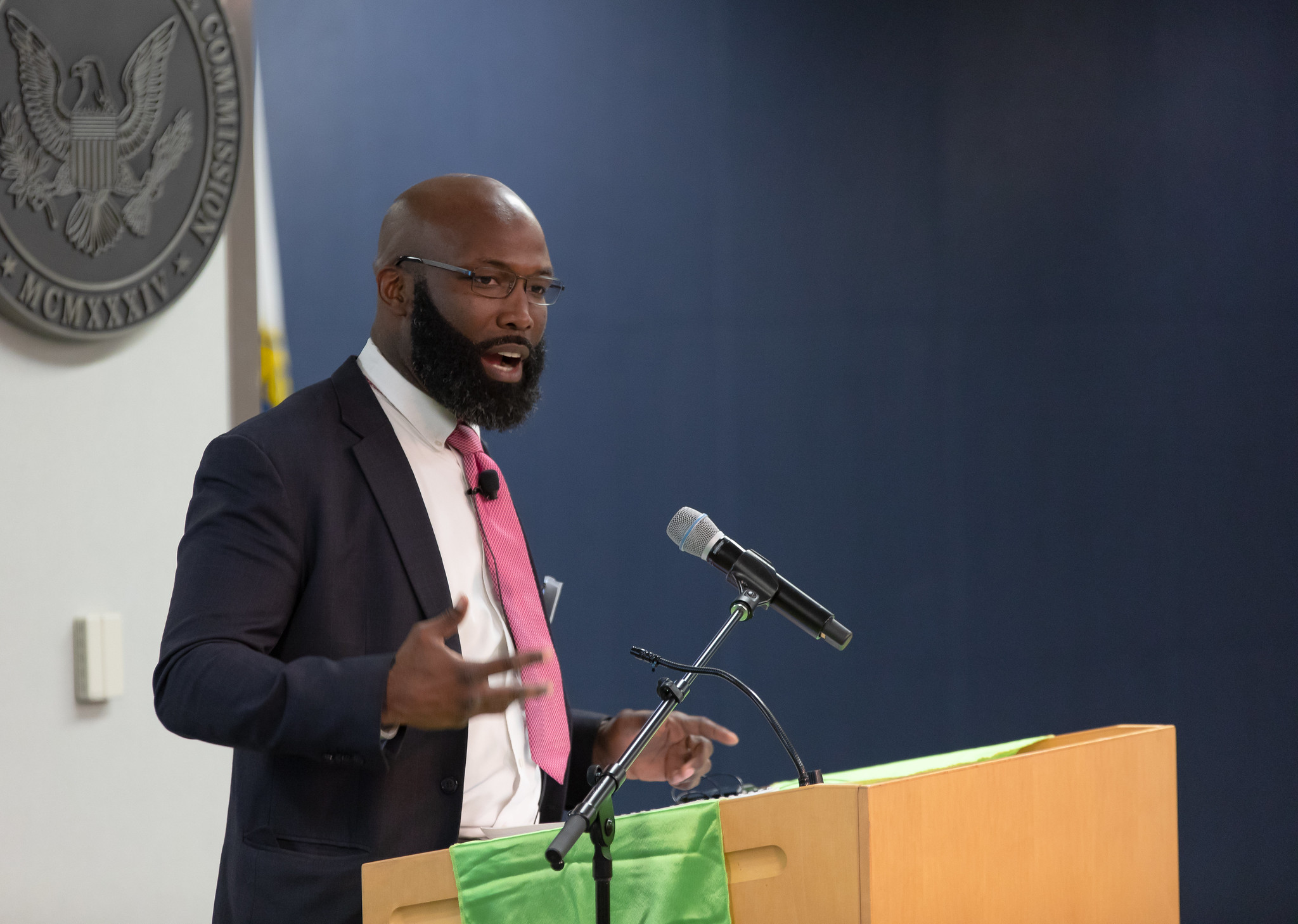 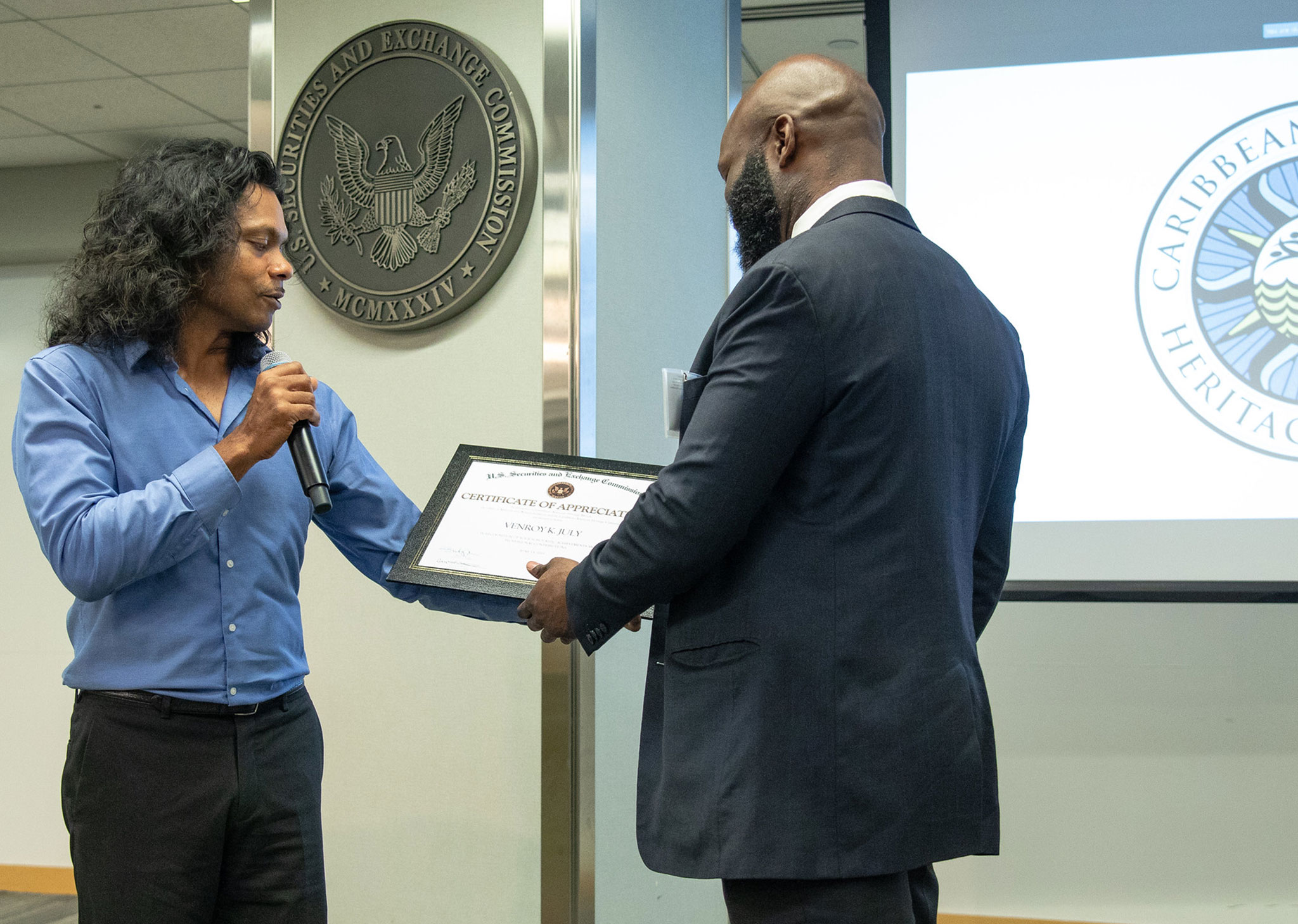 Despite his many academic and athletic accomplishments, July told the audience that he is most proud of the philanthropic work he had done with African American communities in Baltimore, drawing on his appreciation of communities acting as a force for good and the importance of providing inspirational examples to young people. 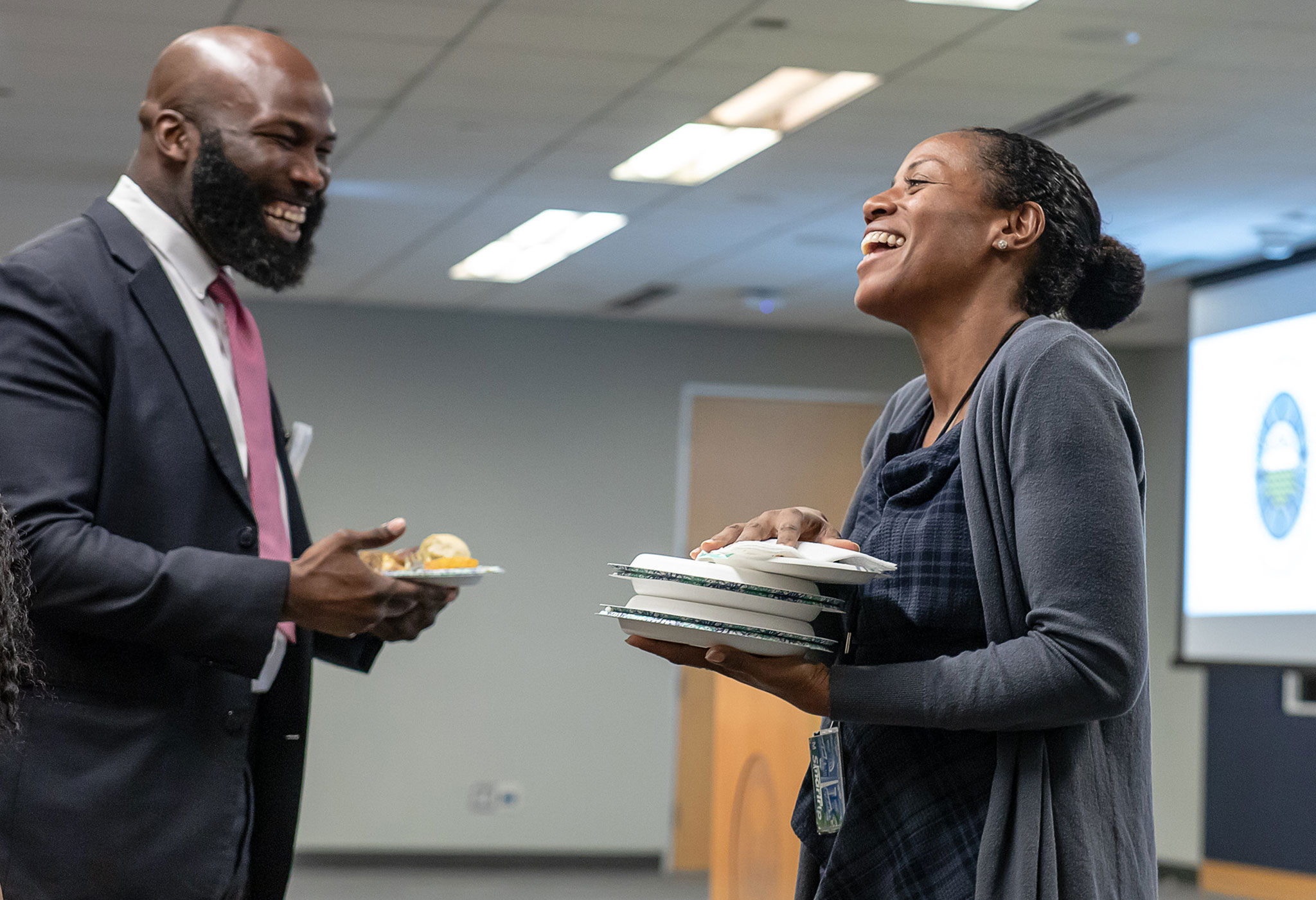 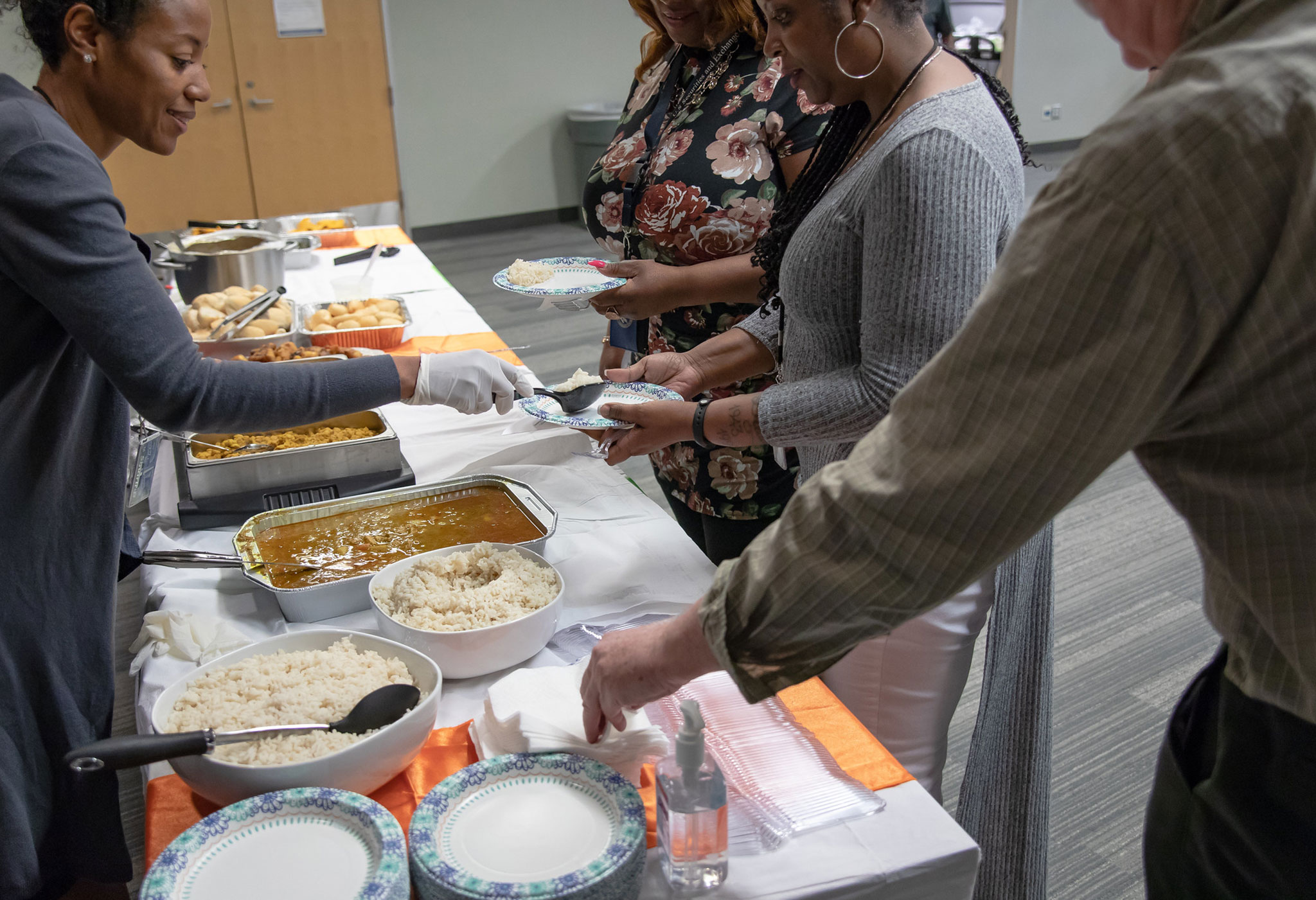 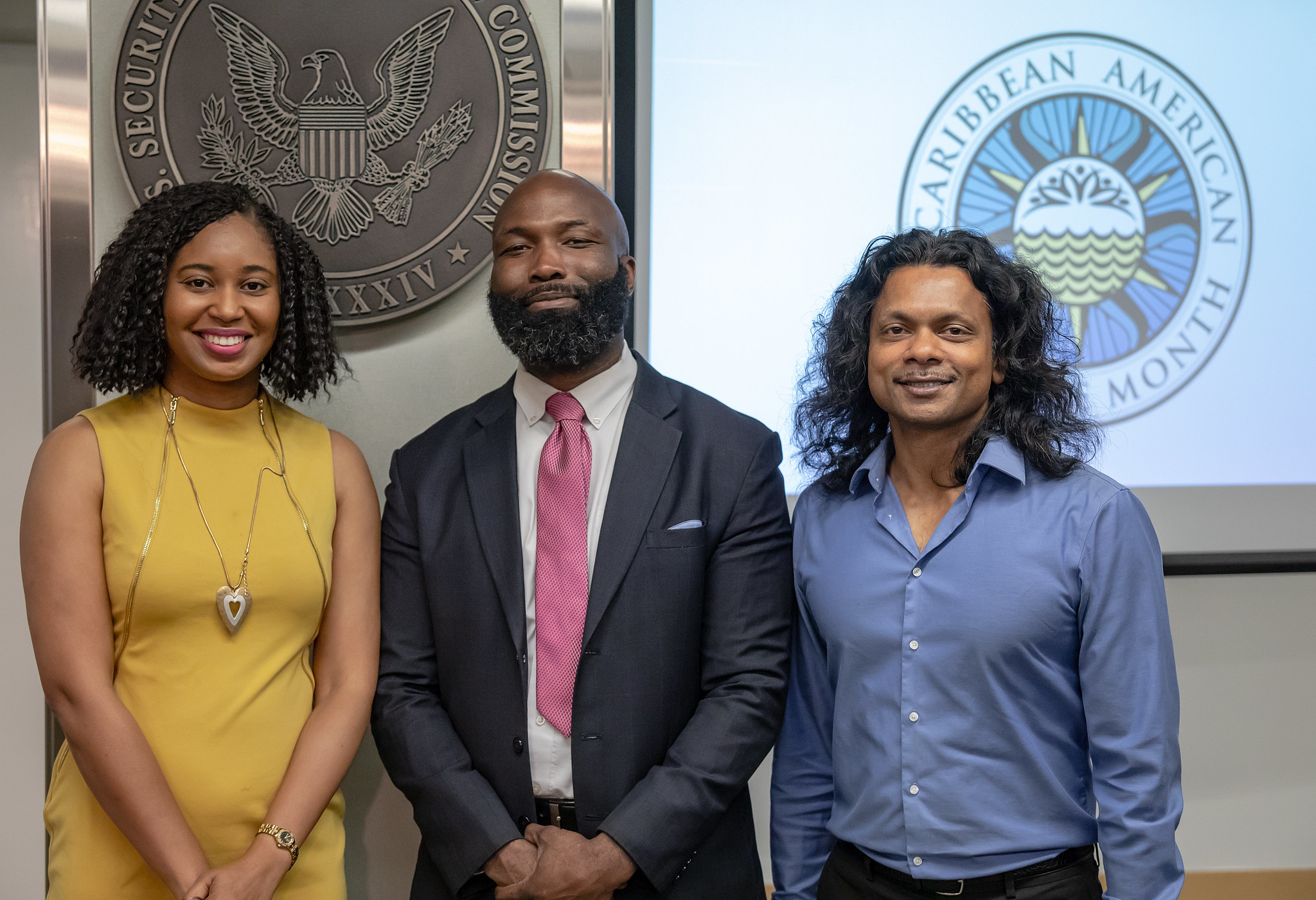