SEC in the Community: A Personal Investment

SERVING MARKETS, INVESTORS AND OUR COMMUNITIES
A series about SEC employees and their work away from their desks

As a trial attorney at the office and a loving mom at home, Amy Oliver finds that we all have an inner “strength” that we can tap when it matters.

“And when you have kids with challenges,” Oliver says, “that’s when it matters.”
– AMY OLIVER

Oliver, who works in the SEC’s Salt Lake Regional Office, has three children. Two of them are in the midst of conquering Phenylketonuria (PKU), which occurs in 1 in 10,000 to 15,000 newborns in the United States according to the National Institutes of Health.

“When a baby is born with that condition, their body is unable to process one of the amino acids in protein,” Oliver explains. “It interferes with brain development and causes intellectual disabilities and severe neurological problems. If you don’t diagnose it immediately after birth, it’s too late by the time you see symptoms to start a treatment.”

Oliver got involved in the National PKU Alliance, which works to improve the lives of PKU-affected families and individuals through research, support, education, and advocacy while ultimately seeking a cure. Not only has she been a driving force behind the organization in Utah, but has helped advance it into other communities nationwide and even internationally. She has ascended to the role of President of the National PKU Alliance’s Board of Directors.

“As a mom, all you want to do is take away that burden for your kids,” Oliver says. “For me, this is the way I can do that: be involved and work with these nonprofits so that we can change the landscape for PKU and change the future for the kids.”

And Oliver and her family exhibit the strength to focus on the positive rather than any downside of encountering PKU firsthand. 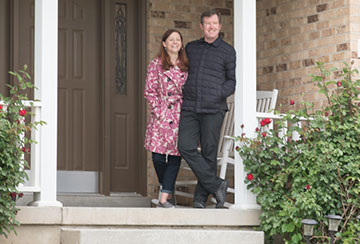 “It’s not a negative thing that you have PKU,” Oliver tells her kids. “We have an opportunity to help other people, and that’s a great thing.”
– AMY OLIVER