The SEC held its Second Annual Holocaust Remembrance Day program to honor the memory of those who were systematically murdered by Nazi forces as well as the relatively few who survived to bear witness about this horrific genocide. Sponsored by the SEC’s Jewish American Heritage Book Club, 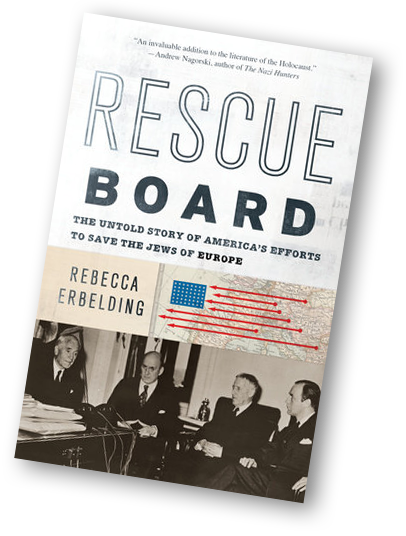 this year’s theme was “The Holocaust – How the U.S. Responded” and featured a keynote address by Dr. Rebecca Erbelding.

Dr. Erbelding is the lead historian on the United States Holocaust Memorial Museum’s ongoing special exhibition “Americans and the Holocaust.” Her book, Rescue Board: The Untold Story of America’s Efforts to Save the Jews of Europe, describes the events that led to the creation of the War Refugee Board by President Franklin D. Roosevelt in 1944.

The War Refugee Board was tasked with the rescue, transportation, maintenance, and relief of the victims of enemy oppression, and the establishment of havens of temporary refuge for such victims, according to the president’s executive order. Dr. Erbelding discussed the role of the U.S. government and public sentiment during the Holocaust and the various actions taken by the War Refugee Board. Following her address, Dr. Erbelding answered questions from SEC staff.

Commissioner Hester Peirce, the Commission sponsor of the Jewish American Heritage Book Club, expressed in her opening remarks the importance of honoring those who perished and those who chose to be more than bystanders. The program also featured an introduction by members of the Jewish American Heritage Book Club and a ceremonial candle lighting in honor of the millions of innocent lives that were taken during the Holocaust. 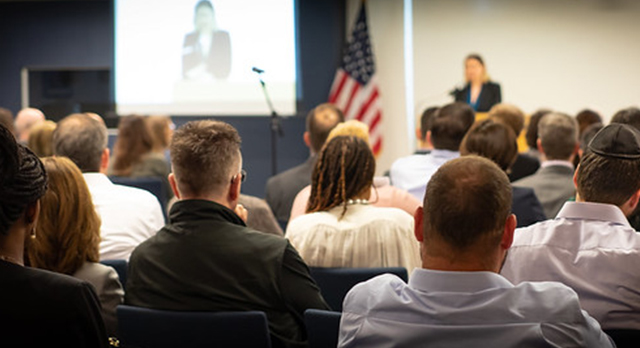 Dr. Erbelding describes the events that led to the creation of the War Refugee Board by President Franklin D. Roosevelt in 1944. 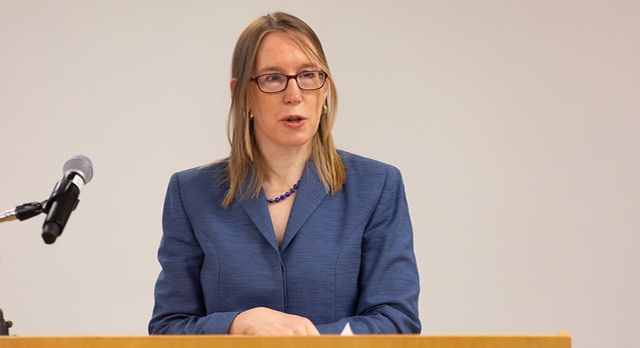 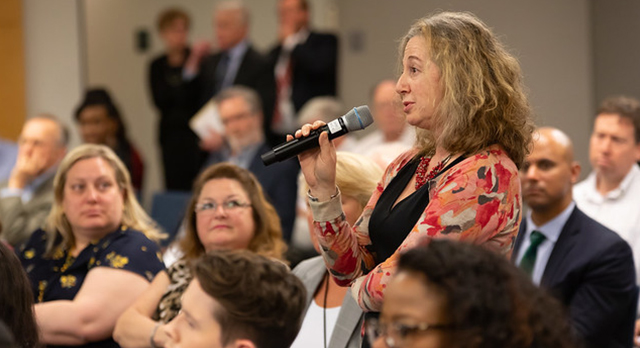 SEC staff had an opportunity to ask questions to Dr. Erbelding about her research following her keynote address.