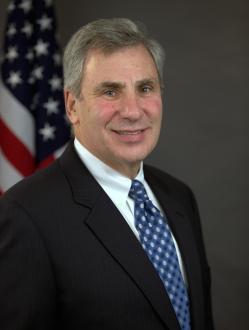 Paul Leder was named Director of the Office of International Affairs in February 2014. He joined the SEC from the law firm of Richards Kibbe & Orbe LLP in Washington, D.C., where he was a partner.

Earlier in his career, Mr. Leder spent more than a decade at the SEC, starting in 1987 as a trial attorney in the Division of Enforcement. After the Office of International Affairs was formed in 1989, Mr. Leder joined its initial leadership team, serving first as Assistant Director and later Deputy Director. From 1997 to 1999, he also served as Senior Adviser for international issues to then SEC Chairman Arthur Levitt. During his tenure, Mr. Leder covered a wide range of regulatory and enforcement issues and regularly represented the SEC in international meetings, including those of the International Organization of Securities Commissions.

Mr. Leder received his bachelor’s degree and his law degree from the University of Michigan.