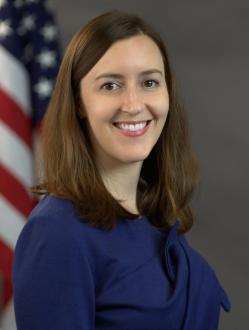 Jessica Kane was named Director of the Securities and Exchange Commission’s Office of Credit Ratings (OCR) in May 2018. She previously served as Acting Director of the office.

Before joining OCR, Ms. Kane was the Director of the Office of Municipal Securities and played a leading role in the implementation and operation of the municipal advisor registration regime.

She first joined the SEC in 2007 in the Division of Corporation Finance where she worked on corporate securities disclosure matters until 2012. She worked in the agency’s Office of Legislative and Intergovernmental Affairs from 2012 to 2013.