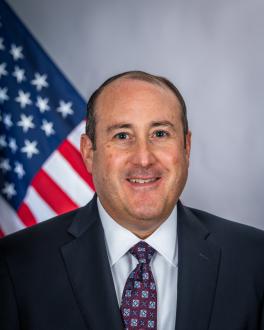 Peter Driscoll was named Director of the U.S. Securities and Exchange Commission’s Division of Examinations (formerly, the  Office of Compliance Inspections and Examinations, called OCIE) in October 2017, after serving as Acting Director since January 2017.

Before that, he served as OCIE’s first Chief Risk and Strategy Officer since March 2016, and was previously OCIE’s Managing Executive from 2013 through February 2016.

He joined the Agency in 2001 as a staff attorney in the Division of Enforcement in the Chicago Regional Office and was later a Branch Chief and Assistant Regional Director in OCIE’s Investment Adviser and Investment Company examination program.

Prior to the Agency, Mr. Driscoll began his career with Ernst & Young LLP and held several accounting positions in private industry. He received his B.S. in Accounting and law degree from St. Louis University. He is licensed as a certified public accountant and is a member of the Missouri Bar Association.