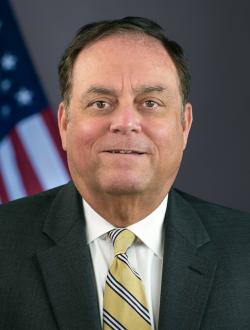 Barry Walters was named Chief Freedom of Information Act (FOIA) and Privacy Act Officer for the Securities and Exchange Commission in October 2009. He also serves as the Director of the Office of Support Operations.

Mr. Walters has held multiple senior positions dealing with FOIA and Privacy Act-related matters in government and the private sector. He previously served as Freedom of Information/Privacy Act Officer for the SEC from 2001 to 2002.

Prior to returning to the SEC in 2009, Mr. Walters served as a Senior Privacy and Policy Advisor for several private sector firms. His prior government experience includes serving as a Senior Policy Advisor for the Transportation Security Administration, Deputy Director of the Office of Screening Coordination at the Department of Homeland Security, and as a civilian trial attorney for the U.S. Air Force.

Mr. Walters retired as a Lieutenant Colonel from the U.S. Air Force Reserve after 25 years of active duty and reserve service, including the last 13 years as a Judge Advocate. He received his law degree from New England School of Law in Boston, and his master’s and bachelor’s degrees from the University of South Carolina.