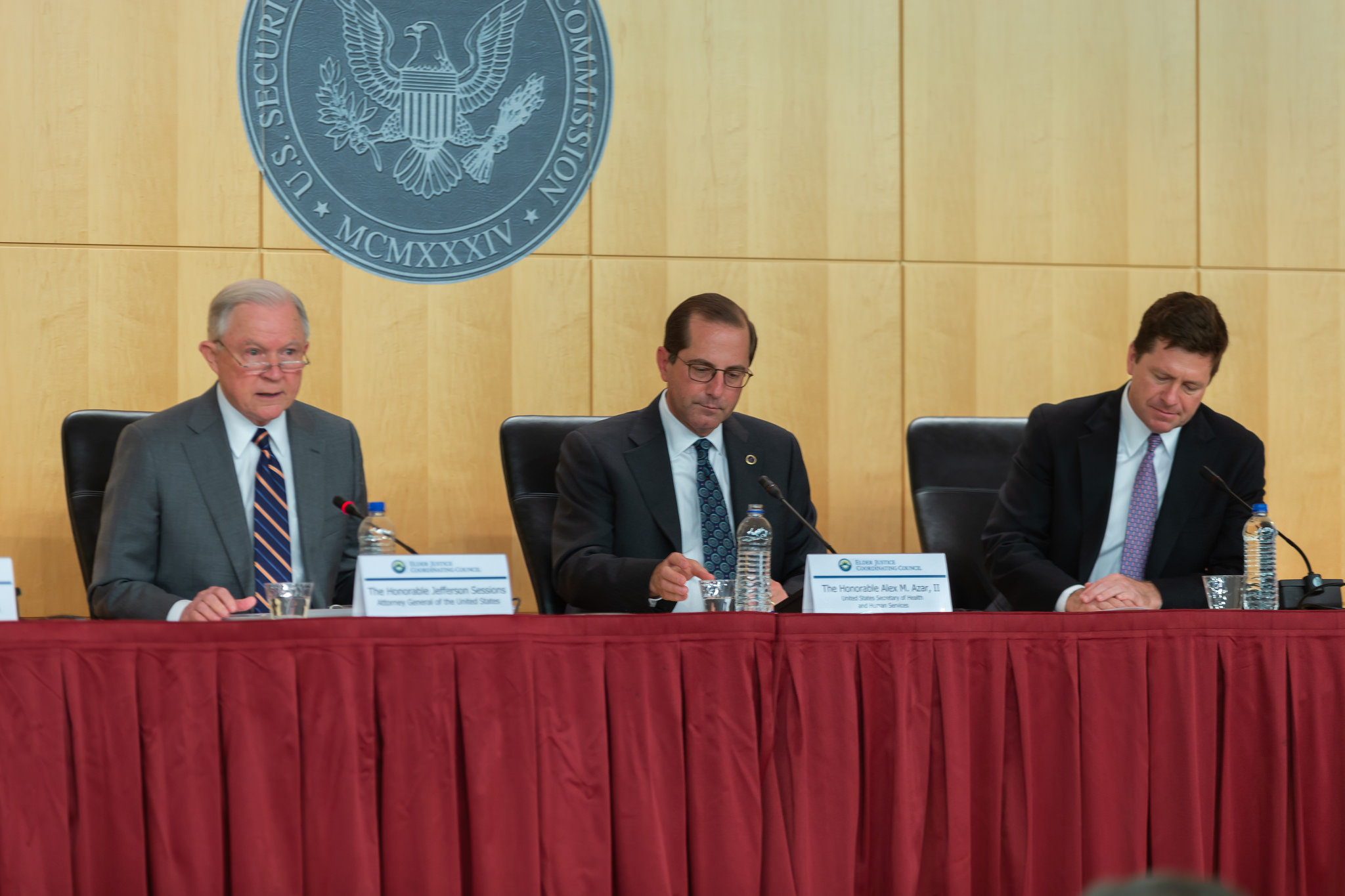 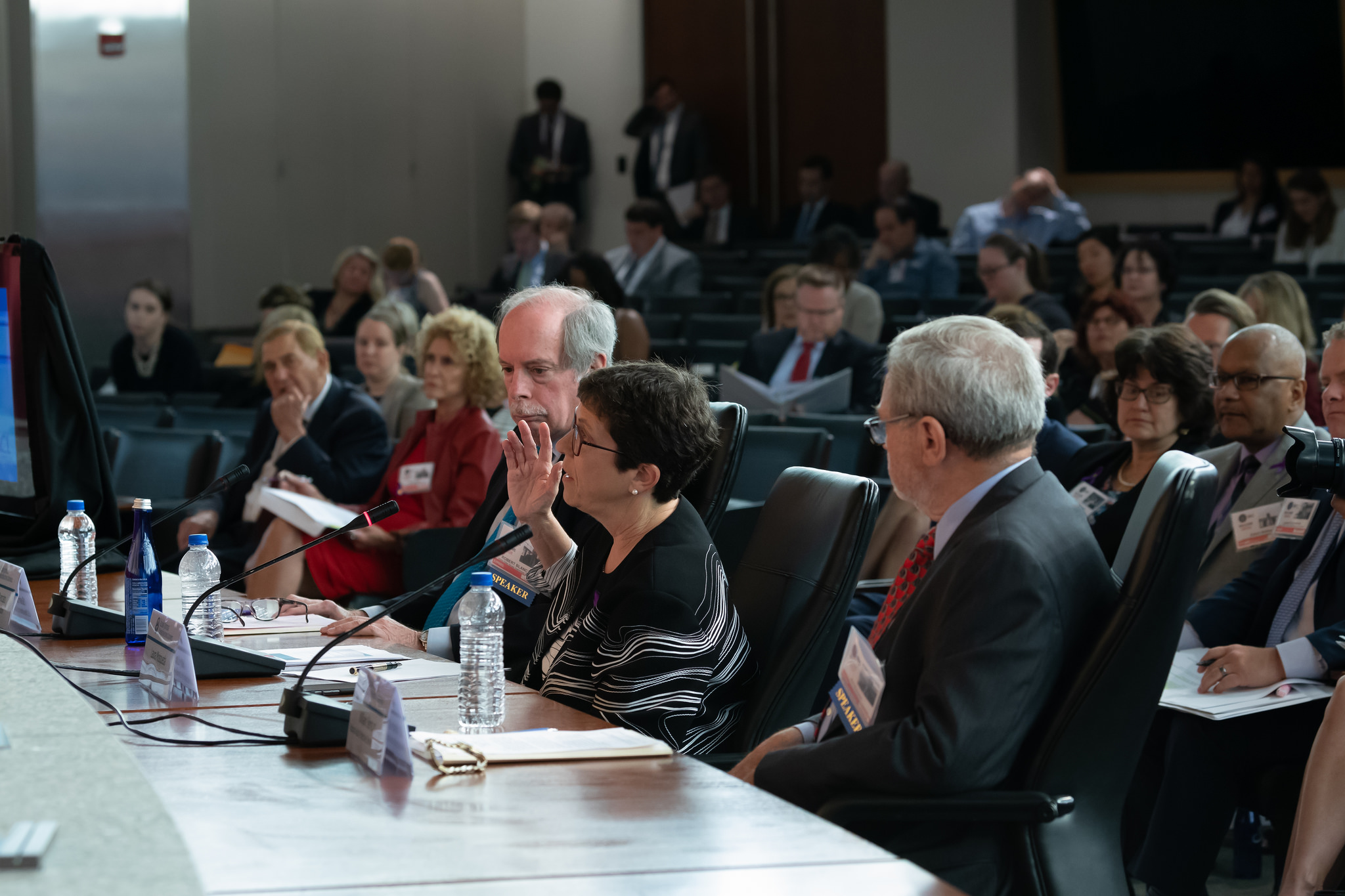 On Tuesday, June 5, the SEC was proud to host the spring 2018 meeting of the Elder Justice Coordinating Council, focusing on the dangers the opioid epidemic poses to seniors, which kicked off with remarks by U.S. Health and Human Services (HHS) Secretary Alex Azar, Attorney General Jeff Sessions, and SEC Chairman Jay Clayton.

“The opioid epidemic is so pervasive that it touches many investors, including our seniors,” says Chairman Clayton. “They are vulnerable and it is our responsibility to protect them from fraud and abuse. We are particularly concerned that their hard-earned retirement savings are being targeted by bad actors.”

Secretary Azar, Chair of the Council, opened the meeting with welcoming remarks. The Secretary noted the distressing estimates that around 10 percent of our nation’s seniors experience abuse of some kind. He discussed the development by HHS of the National Adult Maltreatment Reporting System (NAMRS), which collects data from states on how they are addressing this challenge, and the development of consensus driven guidelines for state adult protective services to use as they formulate programmatic and policy approaches.

Attorney General Sessions followed, saying those who prey on the elderly are “despicable,” and calling for each federal agency to play a role in combating such abuses. In January, Attorney General Sessions directed each U.S. Attorney’s office to designate an elder justice coordinator, who will customize the Justice Department’s strategy to protect seniors in their district. 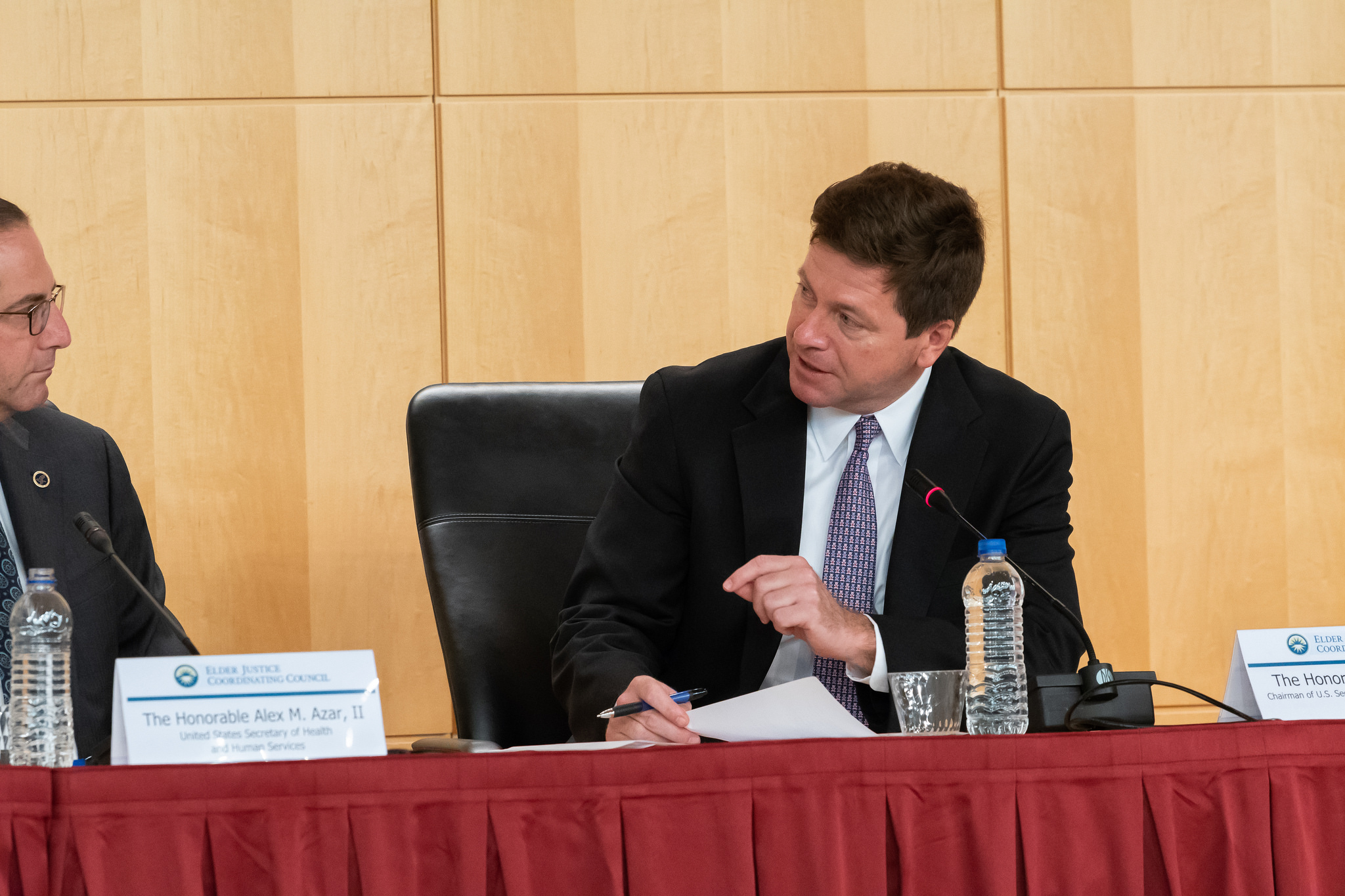 "I want to thank you for all of your tremendously important work to protect elder Americans, particularly our most vulnerable, against different kinds of abuse—whether it’s physical abuse, psychological abuse, neglect, or financial exploitation."
– Chairman Clayton

In his remarks, Chairman Clayton highlighted the SEC’s “intense focus” on educating Main Street investors, including seniors, “so they can be in a position to make better, more informed investment decisions.” When it comes to investment scams that prey on the elderly, “our Enforcement Division is on the lookout” and won’t hesitate to act, said Chairman Clayton. He added that the SEC is eager to work with others to protect vulnerable seniors, saying: “We want to help.” He also highlighted a recent example of these protective actions by the Division of Investment Management, which last week provided no-action relief to permit mutual funds to temporarily delay the disbursement of redemption proceeds when there is a reasonable belief of financial exploitation of a senior or impaired adult.

The meeting included discussion by Dr. Laura Mosqueda, dean of the Keck School of Medicine at the University of Southern California and director of the National Center on Elder Abuse; Robert Blancato, national coordinator of the Elder Justice Coalition; and William Benson, national policy adviser for the National Adult Protective Services Association.

The group discussed a potential correlation between opioid abuse and allegations of elder abuse, with Blancato noting that many states have reported double-digit increases in elder abuse cases in recent years, possibly due to opioid addiction among family members and outside caregivers.